Can the Aptos NFT Scene Compete With Ethereum’s? 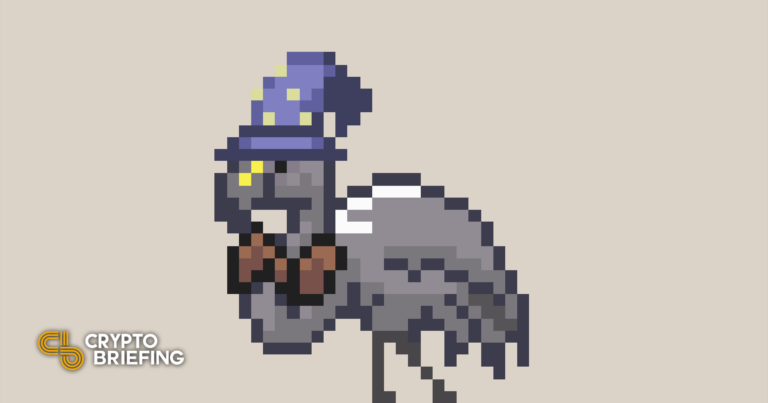 The hype around Aptos is driving intense activity to its various NFT marketplaces. There are signs, however, that the enthusiasm for Aptos NFTs may not stay consistent in the long run.

Launched on October 17, Aptos is a Proof-of-Stake Layer 1 blockchain conceived by former Meta engineers. The protocol aims to leverage its new smart contract language, Move, in order to reach a throughput of over 100,000 transactions per second. Though the Aptos mainnet is barely a week old, its NFT scene has already seen intense activity, with multiple marketplaces competing for trading volume over a couple of dozen collections.

Among the competing platforms, Topaz appears to have taken the lead. At the time of writing, the marketplace had reached total trading volumes ranging from about 82,000 APT ($779,000 at today’s prices) to 1,200 APT ($11,400) across its twenty largest collections (among several hundred listed), with the top four collections each recording more than 20,500 APT ($194,750). According to the Topaz team, the marketplace reached $1.1 million in total trading volume within four and a half days of its launch; a day later, the number stood at about $1.8 million.

While there currently exists no tools to confirm these metrics independently, the surging trading volume of multiple Topaz NFT listings seems to indicate the platform is getting traction. In the last 24 hours, collections such as Pixel Aptos Citizen, Aptos Birds, and Moonlight saw their trading volumes increase by 645,981%, 17,112%, and 8,320%, respectively—and they are far from the only ones.

What’s in Store for Aptos NFTs?

While healthy trading volumes are a good sign for the emerging Aptos NFT scene, the metric doesn’t quite tell the whole story. So far, only a few unique collections have seen trading volumes translate into price gains. One of them, Aptomingos, was issued as a free mint, but at the time of writing, the cheapest items in the collection were trading for 105 APT (almost $1,000) on Topaz. Most other Aptos NFT projects have been content with replicating famous collections from other ecosystems. Among its many collections, Topaz lists Aptos Toads, Bored Aptos Yacht Club, Aptos Birds, and the Aptos Monke Mafia—all copies of successful Ethereum and Solana NFTs.

Additionally, it’s worth noting that, should we take the trading volume figures provided by Topaz at face value (approximately $700,000 in the last 24 hours), the marketplace would still only rank fourth or fifth in terms of daily trading volume. OpenSea, for comparison, reached $7.4 million in trading volume just on Ethereum in the same timeframe, per DappRadar data. It’s also too soon to tell whether Topaz and other Aptos marketplaces will be able to sustain the pace of their growth or their daily trading volume.

Most likely, the NFT activity on Aptos is currently driven by the hype caused by the protocol’s recent launch and token airdrop. Early Aptos testnet users were awarded 150 APT tokens on October 19; the airdrop was worth about $1,237 at the time. The narrative around Aptos becoming a “Solana killer” thanks to its higher throughput may also be at play.

For Aptos NFTs to compete with Ethereum or Solana NFTs, the project will most likely have to entice creative and innovative NFT founders to launch in its ecosystem. Other blockchains, such as BNB Chain, have shown that sheer user numbers and infrastructure aren’t enough to create a sustainable, thriving NFT space. Indeed, BNB Chain’s leading marketplace, PancakeSwap, only made slightly under $12,000 in NFT trading volume in the last 24 hours, despite the protocol having more than $2.79 billion in value locked and a market capitalization of $4.25 billion.

Disclaimer: At the time of writing, the author of this piece owned BTC, ETH, and several other crypto assets.

Published at Mon, 24 Oct 2022 22:07:12 +0200
Previous ArticleLearning From The LND Bug That Could Have Robbed The Lighting NetworkNext ArticleHow A Bug Temporarily Brought Down One Implementation Of The Lightning Network