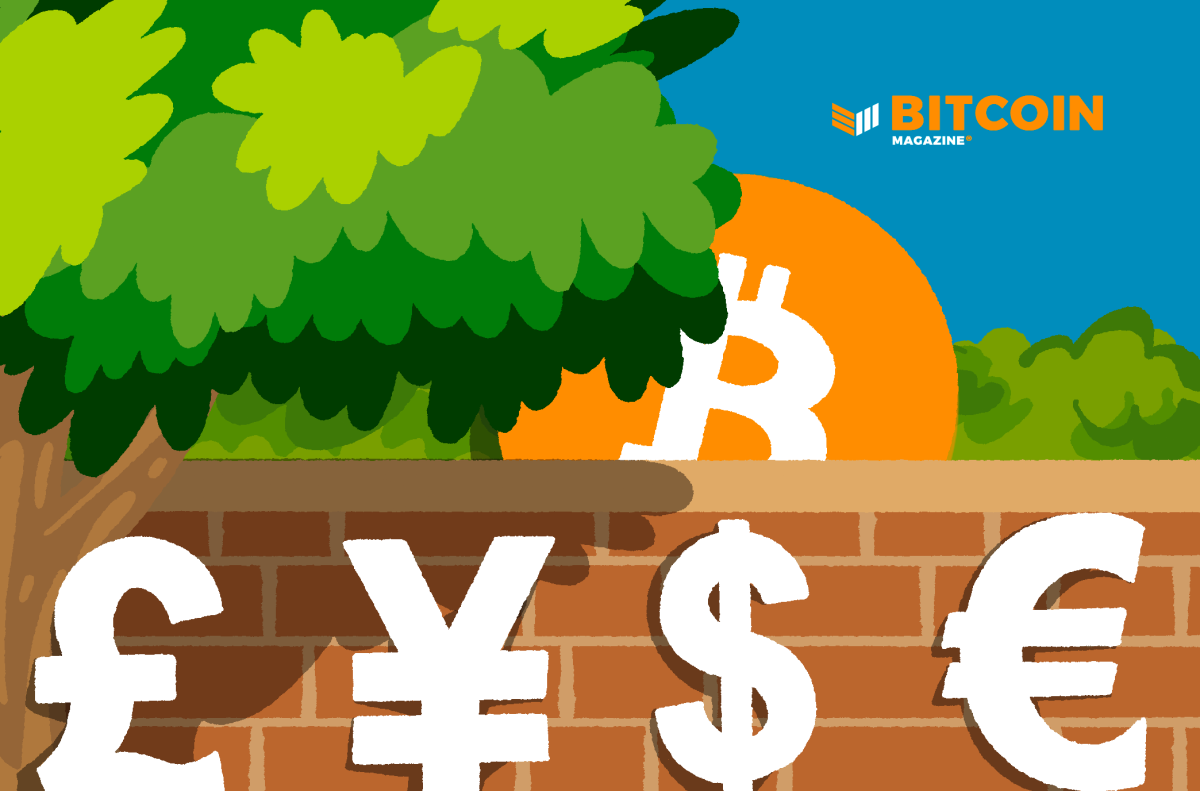 This is a recording of a recent Twitter Spaces with the Bitcoin Magazine Pro team and Mark Moss to break down the FTX implosion and how it relates to the global macro environment.

Dylan LeClair: In regards to GBTC, one of the things that I saw, which makes total sense, I’d never thought of this: The fee is 2% of NAV (net asset value). So Mark, you were throwing out a 3-4% fee number there. One of the things that I never saw discussed once this thing turned from a premium to a discount, is that it’s 2% of NAV, but if it’s trading at a, say, 50% discount to NAV, you’re paying a 4% fee. If it’s at a severe discount for a while, you’re taking quite the churn. It gets actually less attractive. Well, it’s attractive because of the upside. And the Bitcoin cost equivalent of GBTC right now is $9K. So if it returns to par, you do quite well. What we have to ask is that conversion ever coming to an ETF? What’s the real incentive from a legal perspective for them to do.

They essentially are printing a 2% fee on 600,000 bitcoin. That’s quite a good business model. It’s not ideal for the holders of it, but I think in terms of a retirement portfolio play, I will say — and we have no affiliation with them — Unchained Capital and other businesses offer bitcoin multisig custody services, spot bitcoin in a retirement account if that’s something you’re looking for. But GBTC is a decent bitcoin-type exposure if you have no other options.

Sam Rule: I would only add that obviously GBTC is pursuing that as a strategy, suing the SEC. I think if there is a spot ETF approval timeline, in my head, it is more like 2024 and GBTC is the likely one to have it — if you think it’s coming.

It’s probably gonna be some time, especially after an event like this where the scrutiny is gonna come down so much more despite that a spot bitcoin ETF would probably help kinda limit some of this downside that we just went through over the last week.

Mark Moss: Sam, do you think that timetable gets pushed out? You said by 2024. Gary Gensler has been very vocal about why he doesn’t wanna approve the spot ETF, which I don’t think is a good reason — not enough regulatory tools to monitor and check for fraud — given what just happened, do you think that even pushes back the odds?

Rule: I guess it’s hard to say. In one way, I think anyone in this space has gotta be saying now, “Hey, well, why don’t we have a spot bitcoin ETF?” That would’ve easily been helpful in terms of giving people another option to have private custody.

But I probably lean toward it pushes the timeline even further out now because you’re gonna have a wave of regulation and scrutiny and kind of every three-letter industry name from the government wanting to get in and make sure this is done. So, it’s probably just going to bring more crippling regulation pressure here in the U.S.

LeClair: I think the long-term odds of an ETF have definitely gone up. Anyone who was paying attention to FTX and Alameda before the fraud and the shady balance sheet and all of that stuff even came to question before LUNA and 3AC and no one in crypto had muttered “contagion” once, it was pretty much known that Alameda was trading against its users.

Arthur Hayes faced federal prison and settled for house arrest and millions of dollars in fines for this same reason. I think, for whatever reason, regulators and really everyone at large turned a blind eye or even acknowledged it, but just some of the traders I spoke to almost acknowledged it as a challenge. “We’re playing against the house, but it’s half the fun,” knowing that Alameda and FTX were really one and the same.

You did see Gary Gensler and the guys at the SEC talk about the spot ETF. One of the reasons [they denied it] was market manipulation.

Is this event a positive for the industry on a net basis? Well, not right now, it’s obviously pretty bad, but in the long term, getting rid of these fraudulent actors and clearing it up from a regulatory perspective could be a good thing. I think it probably improves the odds of spot ETF, despite the painful path that we took to get there.

Moss: One good thing that I’ve been liking to use this whole situation, this whole black eye in the industry to look at — and if we wanna jump to the bigger macro picture and then talking through what’s gonna happen over the next couple years and decade. I think this whole situation with FTX and FTT is a really good example. It’s like this little miniature example that we can see that shows what’s happening in the larger system. When you look at the situation where you had FTX and Alameda, these two sister companies, Companies like FTX would create a token out of thin air, call it FTT, and then Alameda would create this value for it artificially.

Then people would start trading this FTT token because they thought it had value, but then when people realized they didn’t wanna hold that FTT token anymore, people started dumping it. CZ maybe got the ball rolling and said he was gonna dump it. Everyone started dumping it. Then FTX the company is stuck trying to defend that currency. Now they’re selling any asset they can to try to buy the FTT token, to hold up that valuation to show that it’s still there. And of course, we had 20 million short sellers pile in and just pushed it down. But I think if you take that exact example and then look at Japan, they create the yen token out of thin air. They call it fiat. By decree they give it value, sort of like the market makers gave FTT value. Then people start using the yen because they think it has value, but very quickly people realize that they don’t wanna hold the yen and so they start selling the yen short. Now Japan is in the same situation trying to dump whatever they can to prop up the yen token.

It’s the exact same thing. Now Japan is dumping their cash. Now they’re dumping Treasurys to try to prop up that token. I think it’s helpful on this macro call to talk about that for a minute because this is the bigger forces. If you look at FTT and now you see the yen situation, you can look at the British pound situation, the ECB/euro situation and even the Fed situation is exactly the same. At the end of the day, they’ve created this dollar token that nobody really wants. We want goods and services. When I buy a good or service, I’m selling the dollar short and they’re trying to defend it.

Just like we saw FTX blow up, I think we’re gonna see Japan and then the U.K. and then the ECB all blow up kind of the same. While FTX might have been a black eye for bitcoin now, when those blow up, that’s gonna push people into bitcoin.

Previous ArticleThe State Will Stifle Innovation, Unless We Opt Out With BitcoinNext ArticleSony Files Patent to Use NFT Tech for Keeping Track of in-Game Digital Assets; Introduces Moments Market