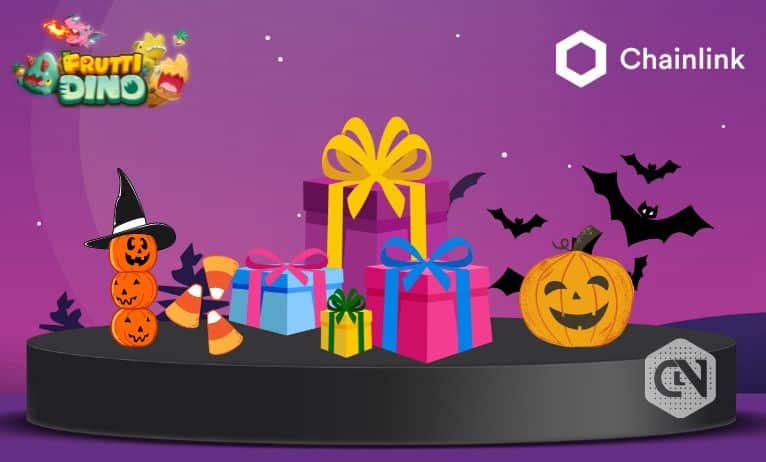 There has been a successful merger between the Frutti Dino, a 3D game project developed by Monoverse, with the Chainlink Verifiable Random Function (VRF) system. This has been placed successfully on the BNB Chain mainnet. Consequently, the VRF is a top-tier decentralized oracle-based network. This turns out to be a fortunate turn of events since it puts Frutti Dino in a position to link up with a trustworthy and auditable random number generator.

All of this is advantageous for the requirement of choosing the winners in terms of the event that Frutti Dino itself organized for Halloween. In their opinion, this will result in a significantly improved experience for all of the concerned users. This technique will, without a doubt, bring about comprehensive clarification on all of the associated aspects of the selection procedures.

The ensuing factor will be an added benefit for the relevant users. This is due to the fact that people will be aware that a neutral random number generator was used for the task at hand. In accordance with its future intentions, Frutti Dino will release its gaming modes at the beginning of the following year. As a result, users will be able to play with NFT-based Dino characters and receive rewards as well.

With offices in the United States, Thailand, and South Korea, blockchain game studio Monoverse is currently working on a pair of interconnected video game projects. One is the upcoming release of Frutti Dino Stories, a Web2 mobile game with a unique “MAP” (Minting after Play) technique.

By minting NFTs of their character and transferring them into Frutti Dino, a P2E game that uses NFTs, users can legally obtain ownership of in-game characters they have raised via the MAP approach.