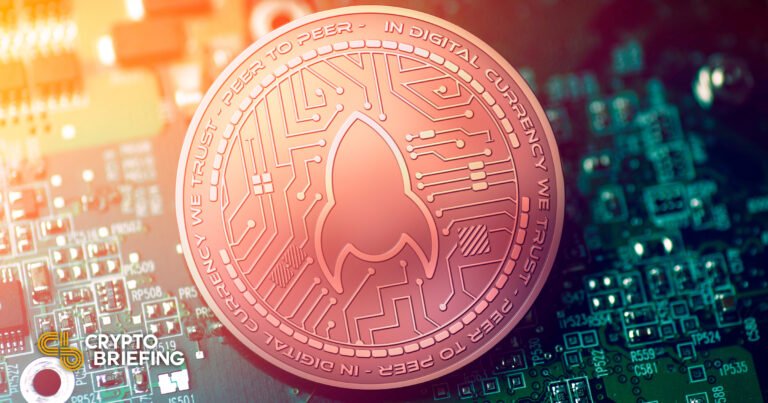 With Ethereum’s Proof-of-Stake upgrade now days away, the crypto community’s worries about how the network’s security profile will look post-Merge are about to meet their day of reckoning. Crypto Briefing sat down with Daren Langley, general manager of Rocket Pool, to discuss the role of decentralized liquid staking services in a post-Merge world.

This week, Ethereum is expected complete its most significant upgrade to date as it transitions from its current Proof-of-Work consensus algorithm to Proof-of-Stake. Dubbed “the Merge,” the upgrade will reduce the network’s energy consumption by over 99% and ETH token emissions by around 90%. The Merge will see Ethereum switch from relying on miners, which operate expensive mining hardware and expend vast amounts of electricity to verify transactions and secure the network, to validators that will do the same through staking ETH in smart contracts.

Many community members have raised concerns that the transition from using miners to validators could increase the network’s centralization and further expose it to various credibility and security issues. Bitcoin’s so-called “maximalists” have previously debated this issue at length, and Ethereum’s ability to maintain censorship resistance was placed under the spotlight once again last month when the U.S Treasury’s Office of Foreign Assets Control sanctioned the privacy protocol Tornado Cash.

Following OFAC’s move—which marked the first time a government agency had banned open-source code for a smart contract—core blockchain infrastructure providers like Alchemy and Infura and multiple Ethereum protocols issued their own Tornado Cash bans. The actions raised significant (and warranted) concerns over whether Ethereum could avoid censorship following the Merge.

Specifically, the community became worried that, in the future, governments could force Ethereum validators to censor transactions linked to sanctioned protocols like Tornado Cash at the protocol level. If this were to happen, the world’s largest smart contract network would lose its credible neutrality and yield its moat over traditional Web2 platforms that are already subject to direct government control.

The crux of the unease is that instituting such censorship requirements could become much easier post-Merge considering the state of decentralization of the network’s validator set.

Liquid staking protocols have become central to this issue. Lido has become a key point of focus as it’s currently Ethereum’s largest liquid staking protocol. According to Dune data compiled by LidoAnalytical, it accounts for over 90% of all liquid staking derivatives in circulation and just over 30% of all ETH staked on the Beacon Chain. Together with Coinbase and Kraken, which respectively account for 14.6% and 8.4% of all ETH staked, the three biggest centralized and regulated staking node operators account for more than 53% of Ethereum’s current validator set. This means that if a government agency decided to institute censorship requirements on the core protocol level, it could hypothetically enforce its decree over more than half of the network’s validator set in a single swoop.

The only way to counteract such a scenario would be to ensure that Ethereum’s network of validators became sufficiently decentralized—both topologically and geographically—as to make it virtually impossible. This is what Rocket Pool, Ethereum’s second largest liquid staking protocol, is trying to achieve. Crypto Briefing caught up with Rocket Pool’s general manager Darren Langley to discuss the protocol’s efforts to further Ethereum’s decentralization. He said that Ethereum couldn’t possibly remain censorship-resistant without ensuring sufficient validator decentralization, explaining:

“Decentralization is incredibly important because, without it, you don’t really get the full security and credible neutrality of Ethereum. If Ethereum is going to be this global settlement layer, then it needs to be credibly neutral—meaning you can’t have corporations taking over or people censoring transactions. And the only way you do that is decentralization—you have to have lots of different parties in lots of different jurisdictions running different staking setups so the network remains resilient and robust.”

Rocket Pool is a decentralized liquid staking protocol that aims to lower the capital and hardware requirements for stakers and node operators wishing to participate in Ethereum’s core network operations. Like other liquid staking protocols, it was designed to allow Ethereum validators to earn staking rewards without sacrificing the ability to access their capital by issuing liquid “receipt” tokens representing their locked ETH. However, unlike its much bigger rival, Lido, it was designed from the ground up to be aligned with Ethereum’s fundamental ethos of decentralization. Commenting on this key distinction, Langley said:

“The core difference between Rocket Pool and Lido is that you can’t run a node with Lido. They have a permissioned validator set, meaning you have to be a professional staking provider to do it, whereas our mission is to open up Ethereum staking to everybody. It’s to lower the entry barrier for liquid staking and running a validator node. We want as many people participating in Ethereum’s Proof-of-Stake as possible because the more people participate, the more secure the Ethereum network will be.”

ETH holders must stake 32 ETH (worth over $55,000 at press time) on the Beacon Chain to become a validator, but with Rocket Pool, node operators only need 16 ETH. Moreover, the protocol provides participants with boosted returns through inflationary token emissions in the form of the protocol’s RPL token and operator commissions. While Rocket Pool is much smaller than Lido in terms of cumulative ETH staked, with around 220,000 ETH versus Lido’s 4.1 million ETH, it currently has 1,468 node operators—significantly more than Lido’s 29.

As Langley explains, Rocket Pool benefits from having many nodes because the process for becoming a node operator is permissionless. “We don’t gatekeep. Anyone that comes up with the technical knowledge, 16 ETH, and the RPL collateral can be a node operator in Rocket Pool,” he said.

Alternatively, those who want to contribute to Ethereum’s transaction attestation without running a node can stake on Rocket Pool with a minimum of only 0.1 ETH. In return, they receive rETH, a liquid “receipt” token representing their stake on the Beacon Chain. Langley explained that the token’s design offers another difference from Lido’s staked token. He said:

“Lido’s stETH is a rebasing token, meaning its quantity goes up as stakers get more rewards. In contrast, we decided to go for a non-rebasing token, where the quantity stays the same, but the value against ETH increases. There are two big benefits of our approach. First, rETH is much easier to integrate with other DeFi protocols because they don’t have to worry about the rebasing implications. The other is from a pure tax perspective. Namely—depending on their jurisdictions—stakers only have two taxable events: when they stake and unstake; whereas with a rebasing token, they have a tax event every time it rebases.”

By reducing the entry barriers for node operators and stakers, Rocket Pool ensures that Ethereum’s validator set grows more diverse and decentralized, making the network more secure, robust, and censorship-resistant. In line with this goal, Langley said that the protocol is considering lowering the entry barrier further by potentially reducing the 16 ETH deposit requirement for operating a node. This would allow Rocket Pool to scale much faster and could help it capture market share from its bigger, centralized competitors.

“The 16 ETH requirement is there as insurance for the rETH,” Langley said. “Currently, we’re optimized for the absolute worst-case scenario in terms of the punishment or slashing node operators could hypothetically incur. So it is actually possible to lower that collateral and still give absolute protection to rETH holders.” The collateral requirement for running a validator node is 16 ETH rather than 10 or 20 ETH because that’s effectively the maximum amount a node operator could lose through staking.

If a node operator repeatedly failed to contribute to the network’s validation, they would face losing ETH and penalization by the protocol. In reality, it would take years for that to happen because Ethereum’s Proof-of-Stake is a forgiving consensus mechanism. However, if they do underperform or are a part of a significant slashing incident, the penalty would come from their 16 ETH first. Explaining this matter, Langley said:

“Ethereum is actually a very forgiving protocol. There are a couple of different scenarios where node operators can get penalized. The first is being offline: there’s essentially no punishment for this besides not earning rewards that a node would otherwise be earning. Then there’s slashing, which happens when a node has broken a protocol rule. This is bad, and nodes get kicked out of the network if they do that and lose about one or two ETH for that. And then there are these edge cases, like quadratic leaks, when say over a third of the Ethereum network goes down and the chain is not finalizing, then the penalties for going offline go up a lot.”

According to Langley, Rocket Pool is currently “optimized for the absolute worst case,” meaning that there’s significant room for modifications that improve the protocol’s scalability without sacrificing security. Theoretically, this can significantly increase the number of Rocket Pool node operators and improve Ethereum’s decentralization profile.

Finally, the degree of security and censorship resistance Ethereum achieves post-Merge will ultimately depend on the actions of its own network participants. If Ethereum holders decide to participate in staking by running their own nodes or delegating their stakes to a network of decentralized node operators through a protocol like Rocket Pool, the network will remain as decentralized, robust, and censorship-resistant as ever. In contrast, if they continue to use third-party, centralized, and regulated staking services like Lido, Coinbase, Kraken, and Binance, Ethereum’s risk of regulatory capture will only increase—and potentially contribute to its downfall.

Disclosure: At the time of writing, the author of this piece owned ETH and several other cryptocurrencies.