Monero, Dash, and Litecoin are among the most well-known and widely used crypto projects. These tokens have experienced significant growth in recent years and have established themselves as leaders in the market.

However, they are facing stiff competition with the emergence of newer platforms like BudBlockz; it is worth considering how these tokens compare and which one might be the best investment in the long run.

Monero (XMR) is an open-source, privacy-oriented cryptocurrency. It is built and operates on this concept.

These blockchains, which form the underlying technology behind digital currencies, are public ledgers of participants’ activities showing all the network transactions.

Monero’s blockchain is intentionally configured to be opaque. It makes transaction details (identity of senders and recipients and the amount of every transaction) anonymous by disguising the addresses used by participants.

Along with anonymity, the mining process is based on an egalitarian concept. This principle states that all people are equal and deserve equal opportunities.

Monero’s developers did not keep any stake for themselves when they launched the platform, but they depended on contributions and community support to further develop the virtual currency.

One of the significant drawbacks of the Monero is that its focus on privacy can make it attractive to individuals who want to use the platform for illegal purposes, such as money laundering or financing terrorism.

Because transactions on the Monero network are private and untraceable, it can be difficult for law enforcement agencies to monitor and investigate potential criminal activity.

Dash (DASH), originally known as Darkcoin and Xcoin, was launched as a fork of Litecoin – a fork of the Bitcoin protocol – in 2014 to address Bitcoin’s purported flaws with transaction times and privacy.

Dash was built to protect the anonymity of its users with the X11 algorithm while delivering transactions at fast speeds using Masternodes.

Dash is popular for its secure algorithm and two popular features, PrivateSend and InstantSend.

PrivateSend enables Dash users to obscure transactions by sending them in a unique sequence, making it difficult for observers trying to trace $DASH transactions.

InstantSend allows users to transfer $DASH without waiting for transactions to be confirmed on the Dash blockchain.

Critics of Dash cryptocurrency say it is not truly decentralized because Masternodes carry out many vital functions. If someone controlled most of the Masternodes, they could also control the Dash network.

Litecoin (LTC) is created from a fork in the Bitcoin blockchain. It was initially designed to address the developers’ concerns that Bitcoin was becoming too centrally controlled and to make it difficult for large mining firms to gain the upper hand in mining.

Eventually, the platform failed to prevent miners from taking over the lion’s share of Litecoin mining; the crypto has reworked itself into a minable token and a peer-to-peer payment system.

One of Litecoin’s original ideas was to discourage miners from gaining control of the mining process by using a different encryption method. However, miners adapted to their specialized machines and continued to control and grow their mining capacity.

One of the major drawbacks of Litecoin is that it is not as attractive as it used to be. Increasingly crypto traders are more drawn to DeFi projects with smart applications, and transactional cryptos like Litecoin and Bitcoin Cash are getting left behind.

BudBlockz (BLUNT) is an innovative blockchain platform built on the Ethereum network that uses real-world utilities to bridge the gap between the cryptocurrency space and the cannabis industry.

The platform plans to establish a 24/7 open marketplace for new and experienced enthusiasts to access the global cannabis market securely and privately.

BudBlockz aims to provide its investors and users excellent opportunities to access the global cannabis industry, irrespective of where they live.

The platform hopes to use blockchain technology to power seed-to-sale tracking and advanced logistic solutions so users will always be assured of quality cannabis products.

Users will use BudBlockz’s native token, $BLUNT, to participate in all the activities on the platform, including liquidity mining, play-to-earn gaming, and DeFi.

The ongoing $BLUNT presale has generated much interest from crypto investors, who are excited to be part of a project already described as a must-have token in 2023.

Use promo code: BUYBLUNT for a 20% bonus on your purchase. Valid until January 31st.

Purchase or learn more about BudBlockz (BLUNT) at the links below: 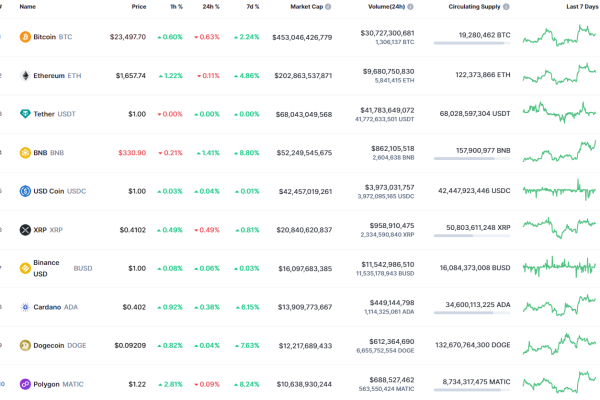 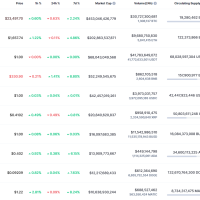